After the Brexit Vote: “Keep Calm and Carry On” 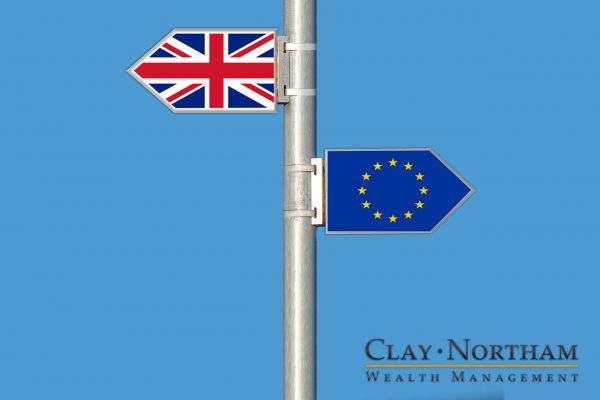 It was the summer of 1939 – believing that war and the bombing of British cities were unavoidable – the British government was concerned with maintaining civilian morale. So it spun out a typically British, stiff-upper-lip phrase designed to boost confidence and printed it on more than two million posters – which, oddly, it never actually distributed. Today, though, you can find the phrase and various permutations of it appearing on posters, tee shirts, tea mugs and all sorts of decorative wear: “Keep Calm and Carry On.”

Seventy-seven years later, it’s an ironically appropriate phrase to bear in mind in the wake of Brexit, the decision by British voters on Friday, June 24 to leave the European Union. The vote – surprising, as polls just days before the referendum indicated that “Remain” voters would prevail – sent shock waves around the globe. U.K. Prime Minister David Cameron announced his resignation, the British pound fell to its lowest level in more than 30 years, foreign stock markets tumbled 8% to 10%, and in the U.S. the Dow Jones Industrials shed 610 points, one of its biggest-ever one-day declines.

Underlying the reactions was fear that the British move was a “Lehman Brothers” type of event that could trigger another financial system panic and global recession, even as economies around the world have yet to recover fully from the Great Recession of 2007-2009. As is always the case, no one knows what the ultimate fall-out from Brexit will be, but as is also commonly the case, the markets overreacted to bad news.

To be sure, the risks are there. The European Union is the world’s second largest economy after the U.S., and there are calls in more countries to follow the U.K out the door. If the trade agreements that promote economic growth and financial stability in Europe further unravel, there is a chance that a global recession could result. Certainly, the U.K. economy is going to slow down, and could fall into recession.

For U.S. investors, it’s vital to keep the Brexit referendum in perspective. Here are six reasons we believe investors should keep calm:

1. The initial decline in the U.S. stock markets wasn’t as big as it looked. While the 610-point drop in the Dow was the eighth largest in history in terms of points, it amounted to a 3.39% loss. From that perspective, it was the 18th-largest loss, and dwarfed by the 22.6% one-day decline in the Dow on October 19, 1987. Investors who bailed at or near the bottom of that 508 point decline failed to take advantage of the rapid market recovery, which took less than 24 months. In this particular case the markets took one week to rebound and are currently sitting at all-time highs.

2. The Federal Reserve, the U.S. central bank, is now unlikely to raise interest rates for the rest of the year, and may, in fact, lower them again, further stimulating the economy. With interest rates lower for longer this should stimulate home buying and mortgage refinancing, which would put more cash into consumers’ wallets.

3. The impact on the British economy is uncertain. Experts predict a wide range of possible consequences, from a full-fledged recession to continued, if meager, growth. Meanwhile, it’s going to take up to two years for Brexit negotiations to be finalized.

4. The U.S. economy isn’t highly dependent on U.K. trade. It’s estimated that just 0.5% of U.S. gross domestic product depends on our relationship with Britain, and not even a recession would wipe it all out.

5. According to the British press, some British “Leave” voters are already regretting their decision. This could provide the public support for lead David Cameron’s successor to negotiate more favorable trade terms with the E.U. Public calls in other E.U. member countries may be muted by a sober consideration of Brexit’s negative economic effects.

6. The European Central Bank has announced it is ready to provide the support banks in the remaining 27 country members of the E.U. might need to stave off crippling liquidity crunches.

To investors, this has been just another example of why sticking to your longer term plan is usually beneficial. Investors who panicked ended up missing the market recovery and subsequent new highs. It’s usually best to let the dust settle, and for investors to keep their heads and carry on with sound strategies.