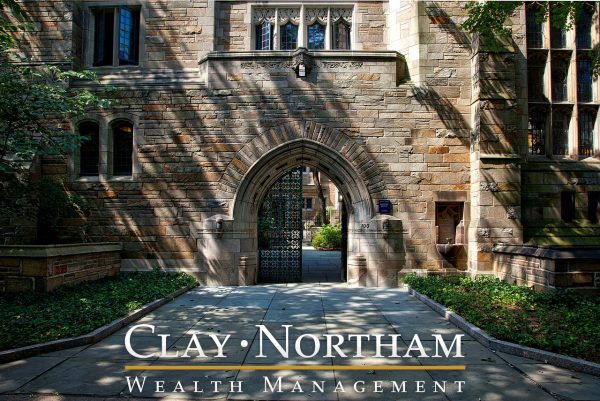 With the price of a college education continuing to increase faster than the rate of inflation, it’s necessary to do more than just save for it. Unless your child is going to qualify for a full scholarship, you’re best advised to invest for it. This means placing the money you put aside for college so that it gets all the help it can to grow faster than college costs rise.

Surprised? You shouldn’t be. College costs have been outpacing the general rise in consumer costs for decades. The finger of blame has been pointed at, among others, soaring salaries for administrators, lavish spending on facilities, subsidized federal loan programs, stagnant institutional productivity and cutbacks in state funding. Whatever the reason, the fact remains that parents who don’t work at creating a sizeable college fund risk having their children graduating with an uncomfortable burden of debt.

There are three parts to the solution:
1. Put away as much as you can every year, as soon as your daughter or son is born.
2. Invest in a diversified portfolio that includes stocks as well as bonds and cash.
3. Invest the funds in a tax-advantaged account.

How much do need to put away? That depends largely on how many years until your child starts college and what type of college it is. Don’t just look at the tuition and fees, though. You’ve got to throw in room and board too, at a minimum.

The total cost at the average four-year private college for the 2015-2016 academic year was nearly $44,000, while at the average public college it was slightly more than $19,500, but at an “elite” school like Harvard, the tab was more than $60,000. Multiply those numbers by four, and the total bill for a diploma is anywhere from $78,000 to $240,000. Without taking into account any grants, scholarships or loans, divide that amount by the number of years your kid has before college and you get a rough idea of what you’ll need to sock away every year, except for one more factor: inflation.

College costs skyrocketed in the 1980s and 1990s, although the pace of increase has moderated since then. Still, they’re rising faster than the general rate of inflation. The U.S. Consumer Price Index has risen an average of 2.1% since 2000, while private college costs have risen at an annual rate of 2.4% and those for state colleges and universities an average of 3.5%. Meanwhile, some observers predict costs could rise by up to 5% a year going forward.

So, with current yields below 1%, putting your money in a savings account or CD isn’t going to be much help. Bonds will lend some stability to a for-college portfolio, but the yield on 10-year Treasuries is not much better at under 1.5%.

Instead, consider that the average annual return on U.S. large-cap stocks, as measured by the S&P 500 Index is 10%. Even with all the volatility the index has exhibited over the past 15 years, the average annual total return with dividends reinvested is 4.3%. A portfolio that is heavily invested in a diversified portfolio of stocks, then, is your best alternative, at least while your child is young – you may want to reduce the allocation to stocks in the last four to five years before she or he enters college.

Finally, consider boosting your net returns offered by two kinds of accounts that avoid taxes on returns and withdrawals. Here’s a brief summary of each:

529 Savings Plans. Every state offers one of these college financing programs, and some offer better investment choices than others. The good news: there’s no annual limit on contributions; no maximum on household income; depending on the state on you can accrue between $235,000 and $400,000 in them, and you can contribute to any state’s plan regardless of where you live. What’s more, in addition to money from your own household, anybody can contribute, including grandparents, aunts and uncles and even friends. The downsides: you’re limited to the mutual funds the plan offers, and if you don’t use the money for college, you’ll owe a 10% penalty and income tax on the earnings (but not on the contributions.)

Coverdell Education Savings Accounts. These work much the same way as 529 plans, with several exceptions: you can contribute only $2,000 a year; contributions can only be made if a single filer earns less than $110,000 a year and joint filers earn less than $220,000; you can invest in any stocks, bonds or mutual funds of your choice; and in addition to paying for college, you can use the money to pay for public, private or religious elementary, secondary or vocational school expenses.