Why the “Dividend Aristocrats” Belong in Your Portfolio 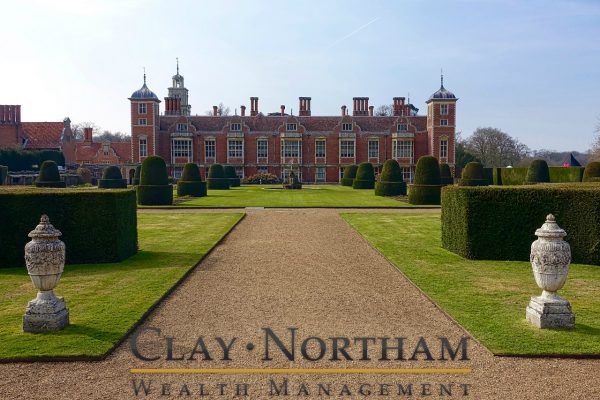 Even the most conservative investors ought to have some stocks in their portfolio, since they are one of the few asset classes whose long-term returns stay ahead of inflation. Still, the ups and downs of individual stocks and the stock market as a whole are often too much for the very risk-averse.

Ideally, what many investors want is the kind of long-term return that the stock market delivers with less of its volatility. But is there such a thing? Potentially: dividend-growth stocks, that not only reliably pay a dividend, but have a record of increasing their dividends. And among these stocks there is a special group that have paid and increased their dividends, without fail, year after year, for the last 25 years or more. They’re called, fittingly enough, “Dividend Aristocrats.”

What Kind of Companies are we Talking About?

They’re not all household names, but they’re all solid, big, well-run companies, and all blue chip members of the Standard & Poor’s 500 stock index, the benchmark for the U.S. stock market. As of the end of May 2016, there were 52 of these elite companies, and they’re in every sector of the economy, but what distinguishes them is how, as a group, they outperform the index.

They’re companies like energy giants Exxon Mobil and Chevron; consumer products titans Colgate-Palmolive, Clorox, Coca-Cola, Pepsico, and Procter and Gamble; retailers Walmart, Target, Lowe’s and McDonald’s, and Johnson & Johnson, the pharmaceuticals and health care products maker – all names that are familiar. But the list also includes some less well-known firms like Air Products and Chemicals, Cincinnati Financial, Genuine Parts Company, Illinois Toolworks, Pentair and W.W. Grainger. Another great way to invest in these companies is through an exchange traded fund or mutual fund that focuses on dividend paying stocks.

To many, these may seem like boring, slow-growth companies with none of the sex appeal of high-growth, high-tech companies. But that’s the point: they’re all companies that make money, year after year, with relatively low price to earnings multiples that enable them to limit their downside in bear markets.

Longer-range studies show similar benefits. Stock research firm Ned Davis Research reports that from 1972 through the first half of 2014, dividend growers generated a total return of 10.0%, compared top just 2.5% for stocks in the S&P 500 that didn’t pay any dividends. A close second to the “dividend growers” was the group “all S&P 500 stocks that paid a dividend”, but with a continual history of annual increases. They produced an annual average total return of 9.3%.

Meanwhile, the dividend-growth stocks’ lower risk shows up as good defense in bear markets. An analysis by the investment and mutual fund giant Blackrock found that the entire group of dividend growers – including the Dividend Aristocrats – lost an average of just 0.2% in all of the bear markets between 1974 and 2014, compared to a loss of 8.1% for all non-dividend payers.

What is the Downside to Investing?

As appealing as all this may be, investing in the Dividend Aristocrats or any dividend growth stock comes with some caveats:

• They aren’t foolproof. Stocks with long histories of paying and increasing dividends have stumbled. One example is General Electric, which boasts it has paid a quarterly dividend for 100 years, but cut it June 2009 from an annualized $1.24 to 40 cents, after the stock had lost 67% of its value over the prior 24 months.

• Watch out for high dividend payout ratios. What makes a company a reliable dividend-grower is strong financials that enable it to make a profit, reinvest in its business AND pay an increasing dividend. Once a company starts keeping up with its history by raising its dividend payout ratio above 75%, it’s time to take a deeper look at the company. It may be a sign that their revenue, market share or costs are leaving less to spread around, and future dividends may be in jeopardy.

• Don’t treat them as bond alternatives. Right now, the dividend yield on the S&P 500 – at 2.13% – is competitive with the yield on 10-year Treasuries, around 1.85% when we wrote this piece. The difference is, Treasuries mature at face value, so as long as you hold them to maturity, you’re guaranteed that money back, but not so with stocks.

In summary, it makes sense to have Dividend Aristocrats as part of your portfolio. Please contact us with any questions.