European Central Bank Quantitative Easing, and What It Means for U.S. Investors 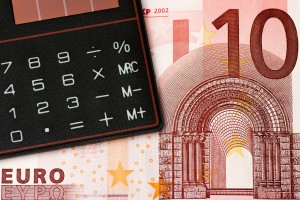 Last January, the European Central Bank (ECB) announced for the first time in its 17-year history that it was going to begin buying government and corporate bonds, at the rate of €60 billion ($67 billion) a month at least until September 2016 in an attempt to stave off deflation and spur the euro zone’s economy. It’s a process called “quantitative easing,” or QE, and, according to economists’ consensus, its use by the Federal Reserve – the U.S. central bank – helped lift our economy out of recession six years ago.

When actually launched by the ECB in March, there was skepticism that QE would have the same effect for the economy of the 19 countries in Western Europe that use the euro as their currency, including Germany, France, Italy, Spain and Greece, to name just five. The results so far seem to indicate that it has, so now the question becomes: What, if anything, does it mean for U.S. investors? First, let’s review why deflation is so feared by central bankers, and then how quantitative easing is supposed to work.

Healthy, steadily growing economies are marked by moderate and stable rates of inflation, in the range of two to four percent a year. High rates of inflation make it difficult for businesses and consumers to keep up with rapidly rising costs, while negative rates of inflation – where prices actually decline – cause economies to shrink, largely because business revenues decline, forcing employers to lay off workers to cut costs.

Once economies fall into deflation, it’s very difficult for them to recover, because deflation creates a downward spiral of more layoffs spurred by further reductions in sales. Compounding the problem is that potential buyers of goods and services have an incentive to delay purchases, in the expectation that they will be able to buy them later at a lower price. The result is a recession or – worse – an economic depression, marked by negative growth, very high rates of unemployment and rising rates of poverty, consumer hardship and human suffering.

One of the prime missions of central banks is to maintain stable rates of economic growth, and their primary tool for staving off recessions is to lower interest rates, principally by lowering short-term rates. But, like now, when nominal short-term rates are already near zero, there’s little to no more room for central banks to cut. That’s why, in the midst of the most severe downturn in the U.S. economy since the Great Depression, in 2008 the Federal Reserve launched the first-ever quantitative easing campaign, eventually pumping trillions of dollars into the economy.

What is Quantitative Easing?

Quantitative easing involves the central bank purchase of bonds held by commercial banks. Where does the central bank get the money? Essentially, out of thin air: it simply credits commercial banks with cash in exchange for the bonds. The result is that banks have more money to lend, and are thereby encouraged to make more loans which, in turn, puts more cash into the hands of businesses and consumers to spend, raising total demand throughout the economy. And, because there is more money chasing existing goods and services, the end result is more consumption and rising prices, which is inflation.

Immediately after the ECB’s January announcement and before a single bond was bought, European stocks, which had lost nearly 5% in 2014 , took off. By the end of April, the MSCI EAFE index (which includes stocks based in countries outside the Eurozone) rose nearly 9.2% for the year, compared to just 1.9% for the S&P 500 stock index. By the end of April, with more than €122 in public sector bonds purchased by the ECB and national central banks, ECB President Mario Draghi was proclaiming the program an initial success, with positive indicators of inflation and growth showing.

Among the factors contributing to eurozone growth was QE’s effect of lowering the value of the euro against other currencies, notably, the U.S. dollar. Combined with the decline in oil prices (the euro zone is a net importer), the result is expected to boost euro zone exports, manufacturing, consumer spending and employment. What remains in doubt, however, is whether without increased government spending and labor market reforms, QE alone is enough to spur growth.

What does this all mean for U.S. investors? Mainly three things:
• It makes a Fed interest rate hike later this year more likely. The Fed is at the tail end of its own QE program, but has resisted raising interest rates in the face of global deflationary pressures. With those concerns eased because of Mr. Draghi’s QE program and sustained U.S. employment growth, the consensus is that Fed will begin to raise rates around the end of this year. That spells bad news for existing bond holders, since bond prices fall as interest rates rise. On the other hand, it will make money market rates more attractive.
• It makes the stocks of U.S. multinationals marginally less attractive, especially those with major profit centers in Europe, as their euro will convert into fewer dollars. Offsetting that is the possibility that their sales revenues will increase.
• It strengthens the case for investing in European stocks. Over the past 10 years, the S&P 500 has handily outperformed the EAFE stock index by 8.3 to 5.6%. The relative lack of correlation between the U.S. and European stock markets, however, still made a case for diversification into European equities, despite the disparity in returns. Now, although the initial jump in European stocks may be over, the expanded role of the ECB and its commitment to QE raises the prospect that long-term returns there may improve.