A Hot Start for the United States Housing Market in 2015 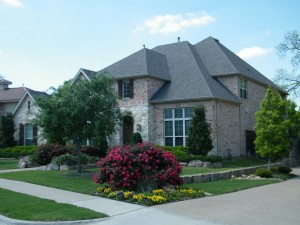 The United States housing market in 2015 continues to heat up, with all four regions of the country experiencing significant sales increases this spring compared with a year ago. Housing prices were also on the rise across the country as the vibrant economy and rising rent prices have sparked a surge of interest in home ownership.

(While there’s no question the general trend is positive, the recent sales volume numbers are a bit misleading. Inclement weather through much of the country in Spring 2014 depressed housing sales a year earlier, so 2015 results achieved during more normal conditions seem high by comparison. Comparative sales over the next quarter will be a more accurate gauge of the true strength of the nation’s housing market.)

In California, sales in March were up 7.3% year-over-year. The year-over-year sales increase was the first back-to-back sales gain for the state since December 2012, according to the California Association of Realtors (CAR). Sales growth was particularly strong In Southern California, led by Ventura County with a 23.6% increase in sales, followed by San Bernardino at 16.5%, Orange County at 13.8%, Los Angeles at 7.6%, San Diego at 5.7%, and Riverside County at 5.5%, according to the CAR report.

Home prices have also been on the rise across the U.S., led again by the Midwest, with the average price of a home up 9.8% year-over-year, followed by the Northeast at 7.4%, the South at 4.6%, and the West at 3.6%, continuing the moderately rising trend of the past year. Nationwide, housing prices rose an average of 4.9% year-over-year.

What are the driving forces behind the resurgence in the housing market? An improving economy certainly helps. The continuing—and perhaps artificial—trend in low gasoline prices has also been a contributor by dumping billions of discretionary dollars into the economy, both in savings for consumers who drive cars and in profits for businesses such as airlines, trucking companies and any manufacturers, distributors, retail chains and other businesses that routinely ship products.

Here are some other factors driving the growth of the housing market:
• Strong stock market. The booming stock market of the past few years has certainly added a lot of capital to the economy, boosting the available assets of the millions of consumers who invest in stocks.
• Foreign investors. The historically low prices of U.S. real estate have attracted the interest of foreign investors. The Chinese have been particularly active scouting out real estate opportunities throughout the country, but other foreign investors have also been buying up U.S. property, adding to the demand on the market.
• Continuing low mortgage rates combined with rising rent prices. Potential home buyers are beginning to recognize the value of buying rather than renting, based on three key factors—home prices are still low but on the rise, mortgage rates remain at historically low prices for now, and rates for rental properties have been pushing into the stratosphere. Once they do the math, young consumers are starting to see that buying rather than renting has some very compelling financial benefits.
• The recovery feeds on itself. The rising prices have finally brought many homeowners back above water. That means they will now be more willing to sell their homes—and buy another one.

Bumps Ahead?
While the housing market is expected to remain strong in the foreseeable future, there are some factors that could impede its recovery:

Inventory crunch. Some markets are experiencing a shortage of new homes on the market, which could affect sales levels in those markets.

Prohibitive prices in certain markets. The recovery in certain markets such as New York and San Francisco has pushed prices back up to prohibitive levels. According to Daren Blomquist of RealtyTrac, “the level of un-affordability (in those markets) is back to where it was during the housing bubble.”

A change in economic contributors. The growth in the housing market could be short-circuited if the economy starts to stumble, if gas prices return to previous levels, if the stock market experiences a major correction, if unemployment begins to rise, or if mortgage rates start moving back up to traditional levels.

But if mortgage rates remain low, as expected, and if the stock market and the economy remain relatively stable, there’s little reason to believe that the general trend in the residential housing market will remain on a healthy incline in the months ahead both in Southern California and across the nation.